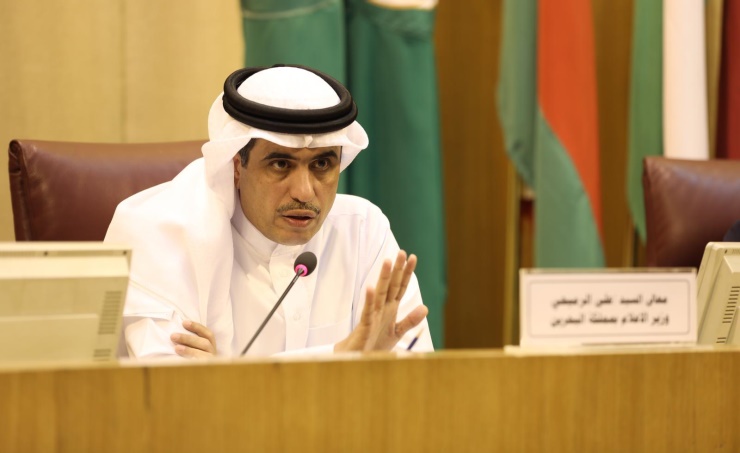 He underlined the need to enhance collective awareness and undertake regulatory measures which enable countries to protect their security, stability and national unity.

He made the statement as he addressed the 8th edition of the Arab Youth Media Forum,which was held at the Arab League General Secretariat in Cairo, Egypt.

He stressed the impact of the internet which caused a big revolution in the Arab region, underlining the necessity of scrutinizing all news in light of the chaos unfolding in the region and the world.

The minister underlined the strides in the sectors of the media and telecommunications, which turned the media into a part of the problem, rather than a part of the solution.

“The massive flow of information requires unified decisions to confront countries and groups which seek to subvert security and stability and undermine sovereign states”, he said, stressing the role played by the media in promoting malicious agendas.

He urged the youth to heed plots and destructive agendas that prey on our countries’s unity and security and promote awareness and culture within society to create positive opportunities and combat all that harms states and societies.