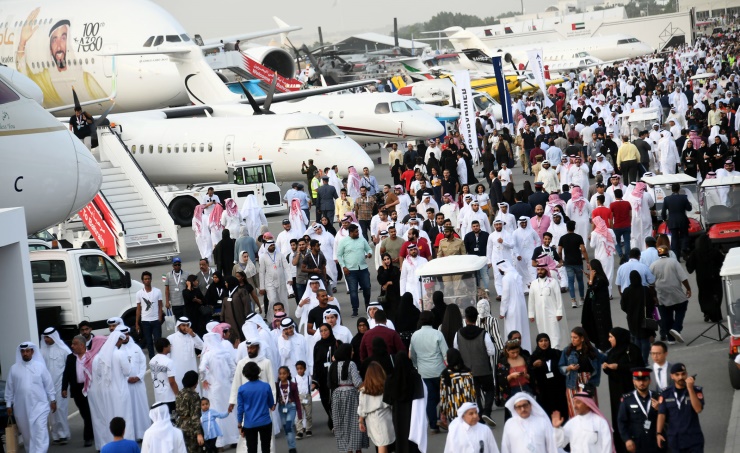 The Information Minister extended heartfelt congratulations to HM the King, His Royal Highness Prime Minister Prince Khalifa bin Salman Al Khalifa and His Royal Highness Prince Salman bin Hamad Al Khalifa, Crown Prince, Deputy Supreme Commander and First Deputy Premier, as well as the Bahraini government and people on the amazing success of the international exhibition. He affirmed that the ideal organisation of the event, in which major specialised companies in the civil and military aviation industry participated, is a coronation of the efforts of Personal Representative of HM the King and Chairman of the High Organising Committee Shaikh Abdullah bin Hamad Al Khalifa.

The Information Minister expressed appreciation of the comprehensive and diverse coverage of the 5th edition of BIAS on various radio and TV channels, newspapers as well as local, regional and international news agencies. He pointed out that 250 employees from the Information Ministry participated in covering the mega international event which contributed to projecting Bahrain as an oasis of peace, security and stability, the land of diverse cultures and civilisations, an international touristic, economic and investment destination and a pioneering hub in the international exhibitions and conferences industry.

Al Romaihi asserted that the successive successes of BIAS, held under the patronage of HM the King, gained large international praise and popular appreciation, which is a source of pride for all Bahraini people and an incentive to maximize sustainable development achievements and further promote Bahrain’s pioneering international status at all levels.