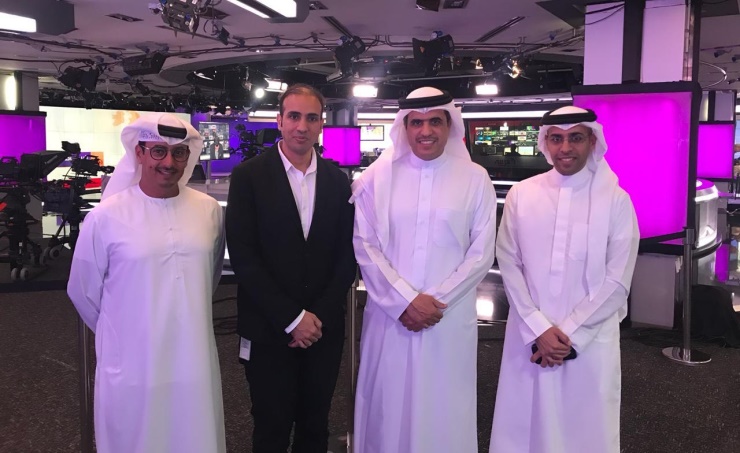 The minister paid the visit on the sidelines of his participation in the World Government Summit, being held on February 10-12, under the patronage of UAE Vice President, Prime Minister and Dubai Ruler His Highness Shaikh Mohammed bin Rashid Al-Maktoum.

He met “Al-Arabiya” and “Al-Hadhath” deputy director-general Mamdouh Al-Mehaini and “Al-Arabiya” Officer in charge of the UAE affairs Abdulla Al-Mutawa and discussed media and technical cooperation, exchanging information and expertise in the audiovisual and electronic media.

He commended the professional and objective news programmes and coverage aired on “Al-Arabiya” and “Al-Hadhath” TV channels, focusing on key regional and international issues, as well as steadfast media stances in confronting extremism and terrorism.