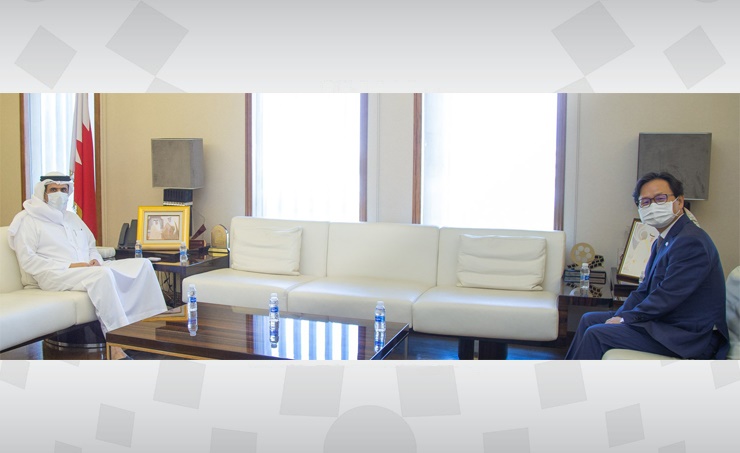 Minister of Information, Ali bin Mohammed Al Romaihi, received in his office today newly-appointed South Korean Ambassador to the Kingdom of Bahrain Hae Kwan Chung. He welcomed him and congratulated him on his new post, wishing him success in his diplomatic duties to further promote historical relations between the two friendly countries. He also lauded solid relations between the Kingdom of Bahrain and South Korea.

The South Korean ambassador expressed sincere thanks and appreciation to the Minister of Information for the gracious welcome and keenness to boost bilateral relations. He voiced his country’s keenness on bolstering bilateral cooperation to serve common interests.