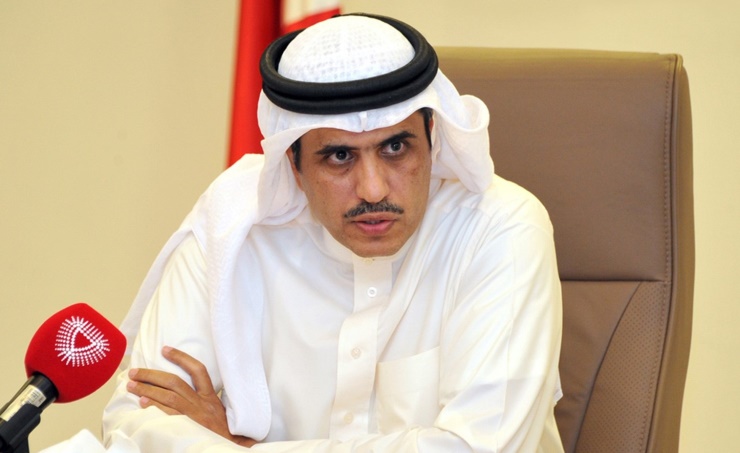 Manama, Feb. 17: Information Affairs Minister, Ali bin Mohammed Al-Romaihi, said that some countries and suspicious organisations are behind the hostile campaigns launched against sisterly Saudi Arabia to undermine its distinguished status and pioneering role as the first destination for both the Arab and Islamic worlds, and the pillar of security and stability in the region.

In an interview with the Saudi “Al-Yaum” daily newspaper, Al-Romaihi stressed that Bahrain “stays in one trench with sisterly Saudi Arabia, under the leadership of the Custodian of the Two Holy Mosques King Salman bin Abdulaziz Al-Saud, and Crown Prince, Deputy Premier and Defence Minister, HRH Prince Mohammed bin Salman bin Abdulaziz Al-Saud, and praises the efforts of its wise leadership to combat extremism and terrorism, and consolidate security and peace in the region and the world.”

The minister affirmed that the “malicious media campaigns and suspicious plots will not success, as they serve external and sectarian agendas that seek no good or stability.”

He asserted that the Bahraini-Saudi relations represent a model for cooperation, strategic partnership and solid GCC, Arab and Islamic fraternity.

“What is being staged against us to subvert the security and stability of our countries will make us more cohesive and united in facing various challenges,” he said.

On the Qatari crisis, the minister stressed that the boycott of Qatar by the four countries calling for combating terrorism is continuing unless the Doha regime stops its hostile approach and support for extremist groups, and affirms its effective response to the 13 just and legitimate demands that guarantee peace and stability for all countries in the region.

Al-Romaihi affirmed that coordination among the countries calling for combating terrorism (Bahrain, Saudi Arabia, the United Arab Emirates and Egypt) is continuing to confront incitement to violence, terrorism and hatred through the media due to their serious impact on our societies.

The minister highlighted the existence of a number of strategies and mechanisms of action within the framework of the Gulf Cooperation Council (GCC) and the Arab League to confront the extremism and terrorism discourse, noting that these endeavours are undermined by Arab satellite channels funded by the Qatari and Iranian regimes to challenge the Arab and Islamic nations, in flagrant violation of the principle of good neighbourliness, as well as GCC, Arab and Islamic charters and the regional and international conventions.

He added that 86% of the 1122 Arab channels are private channels that are influenced by political money, and dominated by sectarian, regional or commercial considerations, in addition to fake social media accounts aimed at spreading chaos and threatening Arab national security without professional or ethical controls.

Such challenges require the adoption of national policies and a unified Arab electronic media strategy, as well as enhancing the traditional media’s use of interactive media techniques and activating their presence in cyberspace, he said.

Responding to a question about the GCC system, the minister stressed that it continues to achieve its objectives since its establishment in 1981 as a model for joint Arab action, noting that it represents a true embodiment of the will of the GCC leaders and brotherly peoples in advancing the process of economic, social, political, security and military coordination and integration, in order to reach the desired unity, as stipulated by Article IV of the GCC statute, and confirmed by the 39th GCC, presided over by the Custodian of the Two Holy Mosques, last December in Riyadh, a summit which reiterated keenness to ensure the Council’s strength, cohesion and unity among its member states.

With regards to joint Arab action, Al-Romaihi pointed out that the last Arab Summit, held in Dharan city, Saudi Arabia, under the chairmanship of King Salman bin Abdulaziz Al-Saud, had highlighted the importance of unifying Arab stances in combating terrorism, eradicating its causes and eliminating its supporters and funders.

The Arab Summit had also called on the International Community to toughen sanctions on Iran, prevent it from supporting terrorist groups and condemn its interference in the affairs of many Arab countries, he also said.

Commenting on tBahrain’s celebrations of the 18th anniversary of the National Action Charter (NAC) endorsement, the minister asserted that NAC has, since its inauguration by His Majesty King Hamad bin Isa Al Khalifa’s wisdom and forward-looking vision, represented a milestone in the history of modern Bahrain, as it paved the way for the success of the reform and modernisation march in the kingdom.

Concluding, the minister affirmed that the reality of the Bahraini media is the fruitful outcome of HM the King’s Reform Project which inreased democratic achievements and guaranteed human rights respect, as well as responsible freedom of expression and the right to have access information and exchange ideas.

This, he said, has reflected positively on the progress of the media in Bahrain, in terms of quality and number, noting that there are five TV channels, 10 radio stations, 43 daily, weekly and monthly newspapers and magazines, in addition to 528 media and artistic production companies.