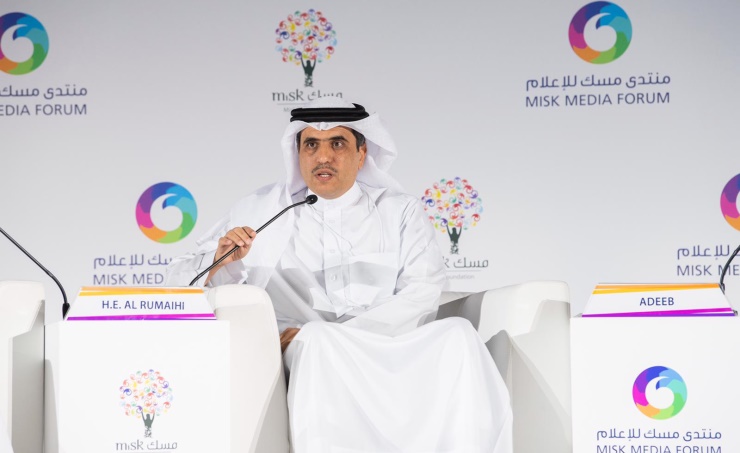 He said that the events which unfolded during the so-called Arab Spring had reduced the freedom of expression to mere expression without any purpose. He highlighted the detrimental role played by a number of satellite channels which relied on defamation to promote their media institutions, stressing the importance of enhancing community awareness to counter chaotic media, particularly social media websites.

“Within 60 seconds there are more than 350,000 tweets, over 70,000 pictures on Instagram and more than 400 hours uploaded on YouTube”, he said. “This confirms that the life span of any information is very short, compared to the massive flow of information in this space”, he added. He said that the conventional media remains influential and capable of reaching recipients, having preserved relative credibility in addressing issues, compared with the chaotic social media.

The minister warned against foreign-backed organisations which are seeking to undermine regional security and stability, exploiting the social media platform to achieve their subversive agenda. He concluded by stressing the necessity of dealing with social media websites in total transparency and clarity, to counter rumours and defamatory campaigns.

A total of 47 speakers from 13 countries are taking part in the media forum, which features more than 33 discussion sessions and workshops moderated by experts specialised in media and content. The forum focuses on ways of utilizing artificial intelligence techniques to hone the skills of the personnel in charge of promoting digital media and help them conduct data-based online media campaigns.