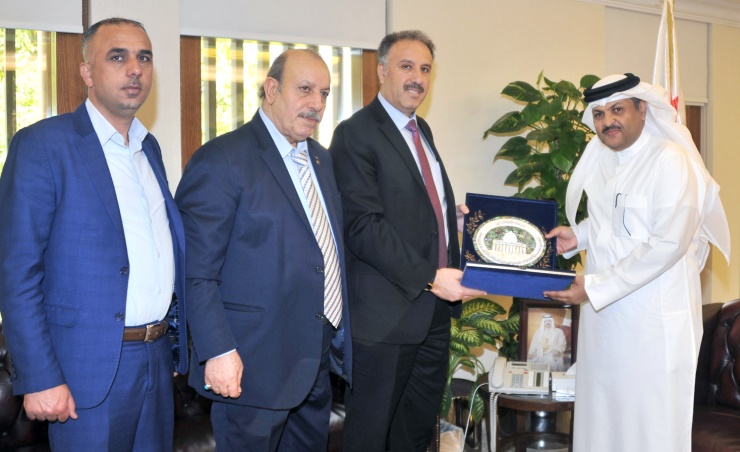 The Information Undersecretary highlighted the depth of the longstanding bilateral relations at various levels promoted by the interest of HM King Hamad bin Isa Al Khalifa and President Mahmoud Abbas of the State of Palestine to further reinforce cooperation in various fields, chiefly media and journalism, stressing Bahrain’s firm stance in support of the legitimate rights of the Palestinian people to establish their independent state with Al Quds as its capital.

The Information Undersecretary and the Palestinian Minister toured a number of the ministry’s departments, including radio, television studios and Bahrain News Agency, during which he listened to a brief on the Information Ministry’s key successes throughout its march and the technologies adopted in broadcasting media materials to cope with the rapid development in the field of media.

The Palestinian Minister praised the development seen by the ministry’s various departments, welcoming the Information Undersecretary’s interest in boosting media cooperation between the two countries.