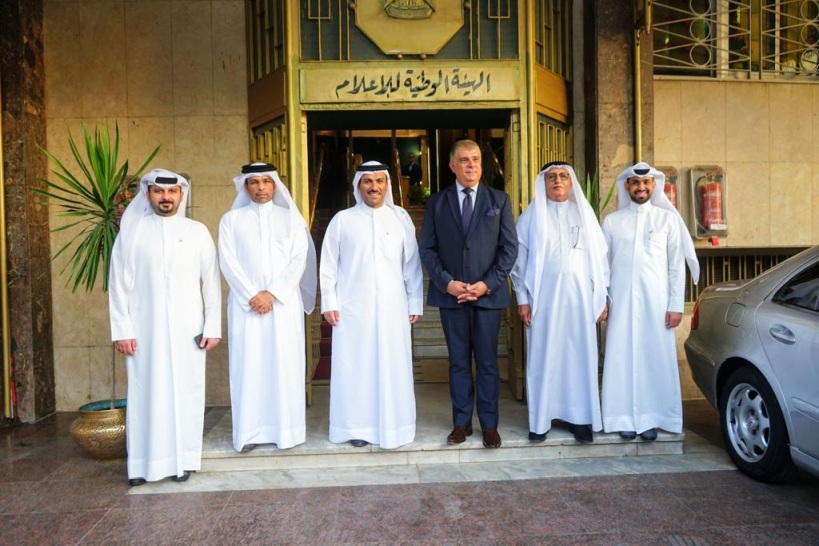 Minister of Information, Dr. Ramzan bin Abdullah Al Noaimi, praised comprehensive development in Egypt, particularly in the media production field, under the leadership of President Abdel Fattah El-Sisi. He described that as a source of pride and a luminous point for the Arab media.

The minister was speaking during a visit to Egypt’s Radio and Television Building, on the sidelines of his participation in the meetings of the Arab Information Ministers Council, in Cairo. He was welcomed by Chairman of the National Media Authority, Hussain Zein, and a number of officials. Discussions focused on ways of boosting cooperation and coordination between the Radio and Television corporations in the two brotherly countries.

The Minister of Information toured the radio and television studios to get informed about the programmes and technologies used in media production. He commended the Radio and Television Building and the honorable history of the Egyptian media as well as professionalism of the workers in this vital sector. He stressed that the visit was a good opportunity to build on and develop the deep-rooted media relations between both countries.