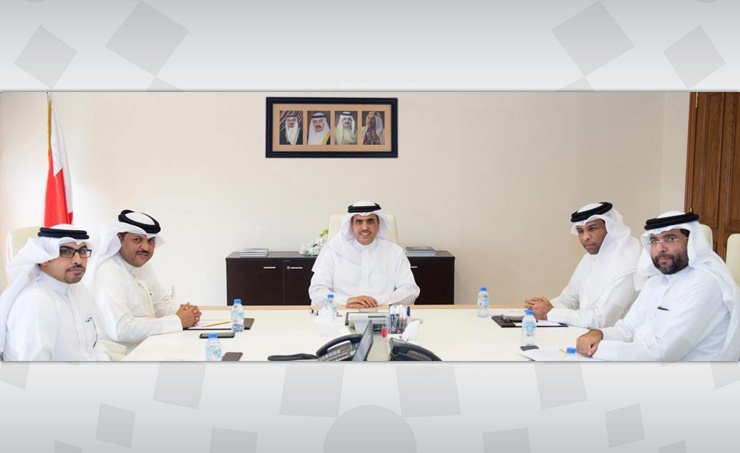 The Minister pointed out the Ministry’s resolve to provide full coverage for this democratic event in cooperation with Legislative and Legal Affairs Authority since assigning the parliamentary and municipal elections date by the royal order 36/2018.

The Minister directed the Ministry’s officials to set out a media plan, through which press reports, meetings, radio and television programs and newsletters to be broadcasted around-the-clock, in addition to awareness programmes to urge citizens to elect their representatives for the parliament and municipal councils according to national standards, efficiency and integrity, and to prioritize the national interest over religious, sectarian, ethnic or political considerations. He attached significance to boosting women’s participation in the electoral process.

Al Romaihi said latest technologies will be employed to cover the electoral process and show statistics and analyses on Bahrain TV, in addition to broadcasting periodic newsletters to various Arab and international media and news agencies. Adding Bahrain News Agency’s website will be constantly updated, in addition to addressing the social media to urge citizens to take their parts in the media awareness campaign to inform the local and international opinion of the latest development and providing them with the latest official reports.

The Minister talked about facilitating local and international media to enable them to convey the electoral process within the framework of freedom and transparency.

He pointed out launching an integrated media center equipped with technical equipment necessary for press and news editing activities, press conferences, and preparing live radio and television studios to facilitate the correspondents’ work. He said more than 120 media men have been invited to the Kingdom of Bahrain to cover the democratic electoral process, in addition to 40 Arab and international newspapers and 20 TV stations.

He took pride in holding the fifth version of the parliamentary and municipal elections, which represents an important national occasion that reflects the free will of citizens to choose their representatives and accentuate the rule of law and principles of transparency and pluralism.