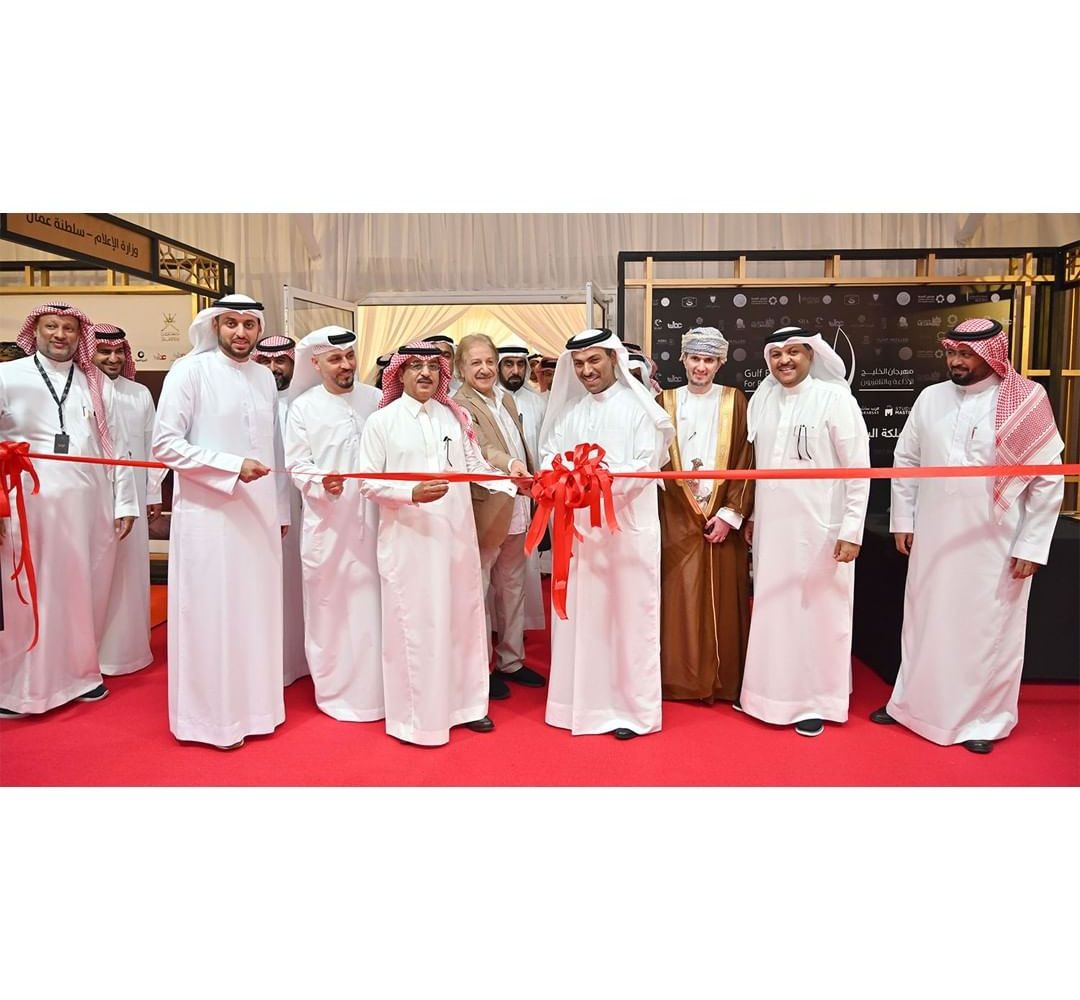 The 2022 Gulf Radio and Television Festival kicked off its first day with the opening of the ‘’Radio and TV Production Market’’ Exhibition.

The minister stressed the importance of moving forward with media and arts communication in all their forms among the Gulf Cooperation Council countries, saying that they safeguarded the character and identity of the pan-Arabian council.

“The production market is a unique opportunity to learn about the different experiences in television and radio production, which contributes to strengthening ties and opening areas for cooperation among the participants, which will positively reflect on the development of Gulf artistic and media works,” he said.

The exhibition featured several stands organized and arranged by public and private media channels, companies, and institutes from the GCC countries.

‘’The Future of Gulf Media’’, the first seminar of the festival held following the opening ceremony, brought together different media officials from the GCC to discuss the objectives of media in the Arabian Gulf, how to develop media in keeping up with the latest trends and views and how to adopt innovative approaches in the field.

‘’We now have a new generation in the media and we need to initiate the digital platform as part of our official media outreach,’’ Bahar, speaking at the seminar, said.

‘’The future of Gulf media is in constant development and as a result, we need to keep up with the latest media tools and means, and further interact with the recipients and interactors of digital media, keeping in consideration maintaining competitiveness in the field in the face of the latest technological updates as the concept of media has grown widely over the years.”

Guests and media personalities from different private and public sectors of the Gulf and Arab region showcased their latest innovations and contributions in the media.

‘’It is an honor to be a part of this gathering, surrounded by media figures from all over the GCC and Arab region and we hope to mark our presence in this festival with our collaborations and content,’’ Sharjah TV Head Salem Ali Al Ghaiti told Bahrain News Agency (BNA).

Guests and media representatives were excited to be part of the event after a long break due to Covid-19 as it confirmed its importance as a communicative and influential platform.

‘’It is a pleasure to be the exclusive organizer of this event after a hiatus of some years as everyone noticed our great efforts in putting together this honorable festival,’’ Roshan and Creative Media Executive Director Bandar Al Abdulsalam said.

“We hope to present major productions, in collaboration with different artists as we have delivered over the years.”

The opening was hailed as a great success in the presence of its organizers, officials, and visitors in the launch of the festival’s 15th session.

The festival that brings together more than 300 participants, including TV and radio stars, and looks at 300 artworks to be assessed by 75 judges, will run until June 23.

The festival has daily television live broadcast by official and sponsoring television stations and a daily magazine covering the festival’s activities.