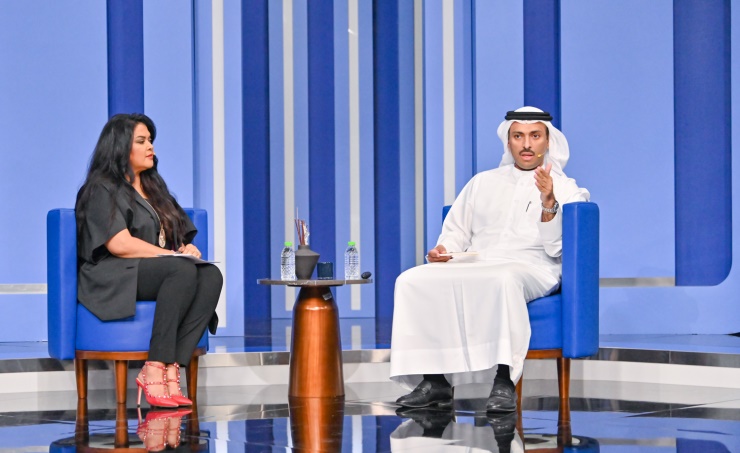 Minister of Information, Dr. Ramzan bin Abdullah Al Nuaimi, described the unflinching care accorded to the media sector by His Majesty King Hamad bin Isa Al Khalifa as a key motive to intensify work on developing this sector and encourage the innovative initiatives in it.

Attending today the conclusion of the sessions of the “Innovators Lab”, which was organized by the Ministry of Information over three days, Dr. Ramzan Al Nuaimi pointed out keenness on investing in Bahraini citizens, in line with the directives of His Royal Highness Prince Salman bin Hamad Al Khalifa, Crown Prince and Prime Minister. He affirmed that all government efforts aim to serve citizens and develop their capabilities.

The Minister of Information announced the “Out of the Box” initiative as a new initiative that resulted from the “Innovators Lab” and aims to collect creative ideas for the media professionals working at the Ministry of Information to make influential visual content with the participation of all. He commended the great efforts made in preparing and organizing the “Innovators Lab” to exchange experiences and develop the media work, wishing all every success.