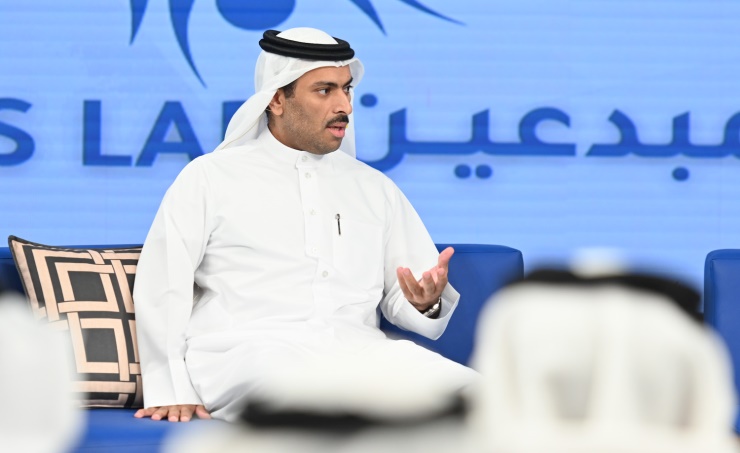 Minister of Information, Dr. Ramzan bin Abdulla Alnoaimi, underlined keenness on bringing about an added creative value in all media platforms at the ministry through vital interaction and knowledge exchange among all affiliates of the Information Ministry. He said the aim is to promote the spirit of cooperation and creativity and achieve further distinction, in line with the vision of His Majesty King Hamad bin Isa Al Khalifa.

This came as he opened today the sessions of the Innovators Lab, which is organized by the Ministry of Information at its premises over three days. A host of media professionals from various departments are taking part in the event which features a variety of programmes including debate sessions, workshops and training programmes aimed at exchanging experiences and transferring knowledge among all employees in the media sector.

The Minister of Information pointed out that the function aims to support the creative employees at the ministry and avail from the experiences of the media persons in the media field as well as tap on the creativity potentials in the government work. He noted keenness to invest in Bahraini citizens, being the basis of development, in line with the directives of His Royal Highness Prince Salman bin Hamad Al Khalifa, the Crown Prince and Prime Minister.

The Minister of Information affirmed the importance of benefiting from the media gathering and coming up with recommendations aimed at developing media production at the Ministry of Information, wishing all the participants and organisers every success.